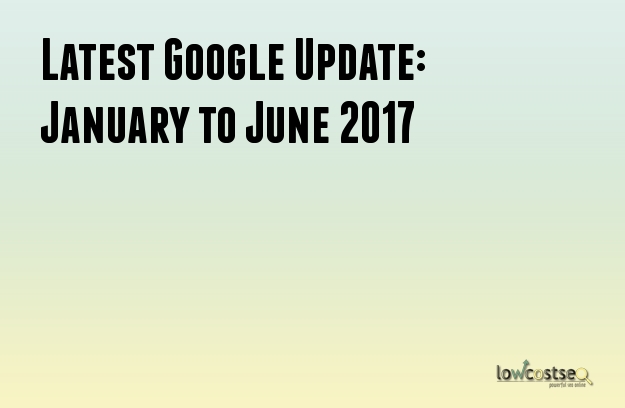 For the main browsing companies like Google, Yahoo! and Bing, their main goal is to lead online visitors to numerous websites as possible. It’s crucial to their advertising services. Most people focus on the first page of their search to answer their questions, and that first page is where every website wants to be. But it’s obviously not possible for everyone. It requires keywords, campaigns and search engine optimization (SEO).

Browsing websites have been developing algorithms in a slow pace lately that isn’t much noticed, to improve their searches based on every website’s investments when it comes to SEO rankings. But Google made another big leap when the month of June was about to end. Though Google representatives have denied these changes, developers aren’t that easy to trick especially for those who are tracking the search traffic for a living.

This alleged update has affected sites that usually belonged to the first page after they were swayed to the third or fourth - ouch. But this doesn’t necessarily mean to be negative. For some, it’s for the good.

SEO representatives have made noise through Twitter in regard to this “change” but so far, there’s no confirmed update from Google’s side yet. But what can we do when these things happen all of a sudden? First, we gather legitimate information and second, make sure we have a clear mind.

The SEO community often emphasizes how strenuous some algorithm updates are, as it frequently requires change and immediate solution in their part. But most of them keep up by making sure they don’t overthink. Because it’s the internet. The larger it is, the more it becomes susceptible to change. But before doing something big, website developers should gather legitimate information before applying adjustments to their investments.

SEO companies are aware that Google applies changes in their algorithm around 500 times a year. But these don’t usually create a scheme because as mentioned, it’s not very noticeable (for most people).

Another sustainable solution for surviving big algorithm updates is to do SEO right. If you’re an independent company that does all the work, learn from the past huge updates that happened in the previous year and find out how high-quality websites were able to keep their SEO rankings.

If not, make sure you work with a trustworthy SEO company that actually does something. Communicate with them thoroughly before dropping your investment. Here are some questions to ask them:

Aside from that, creators should also ask themselves:

The advertising industry is tricky, especially when it revolves around the web. These search engines are functional because of artificial intelligence. And with AI comes developers who intend to create the perfect algorithm that will generate a useful search engine. But for now, it’s a working progress. Which is why you should keep your head up for more updates.