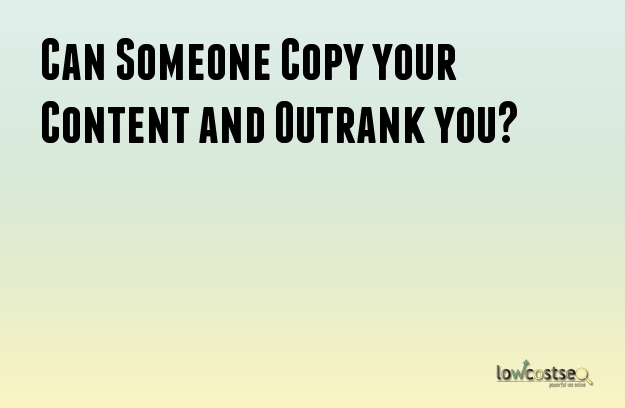 Have you been through a situation whereby someone has copied your work and somehow ends up ranking above you on the search engines? It surely is really frustrating to come across such a sight as you have put in all the hard work and research in writing the content for the search engines whereas someone that has copied it, ranks higher then you for the same content.  Google has heard our complaints and have launched a tool to help from such experienced taking place again. The tool is called the Google Scraper Report. This was mentioned by Matt Cutts (Head of Google’s web spam) via his Twitter account.

He stated clearly that this “Google Scraper Report” will not instantly fix the problem that we all have been complaining about. The tool asks people to share their own content URL and the URL which has stolen the content in a bid to outrank them.

Did you know that Google does indeed have a DMCA system that one can use to remove any copied or infringing content, however this can be a lengthy time consuming process. This will more be regarded as a spam issue rather than an infringing content issue. Google understands that the whole process will rather get out of hand if it begins having virtual paperwork or anything else. They prefer to punish the scrapers on spam grounds instead of the copyright claim to shorten the whole process.

Some say the Google Scraper Report will not deal with any removals but in fact help to improve the overall keyword ranking system, in a bid that the original content appears first on the searches. Another issue related to this is the duplicate and if this should be something that should worry us or not?  Matt Cutts, stresses that, we should not worry about it, unless the duplicate content is spammy.

Here is a question that Matt Cutts answered in his recent video about “How does the duplicate content affect the search results?” He said that you should not worry about it, unless the content is spammy. He said Google might just ignore the duplicate content (Yes, you read it right). One thing he mentioned clearly about the content was with regards to keyword stuffing. He said that is a practice that needs to be avoided at all cost as Google takes a stricter stance on keyword stuffing then duplicate content. I actually thought it was the other way around until I saw Matt Cutts issuing the statement in his recent video.

So here are the final thoughts on this discussion today, we come to a conclusion that duplicate content issues very rarely result in a penalty being imposed by the respective search engines. Google is more concerned about the particular page rank they should rank and not rank. On the other side, Google doesn’t want to show the repeated content again and again to the web surfers and prefer to have a different approach in the search results.