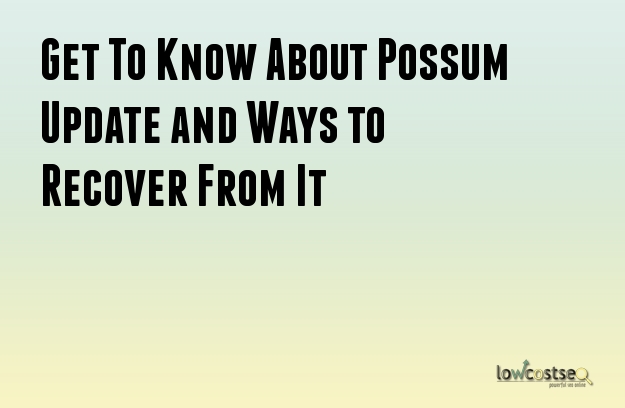 Search Engine Optimization (SEO) is not rocket science. However, if you are a webmaster you will need to keep yourself abreast with the underlying changes which play a crucial role in the ranking of the site. Studies have shown that with each update of Google’s algorithm, Google tries to address the issues which it deems are affecting the search results negatively in one way or another.

One of the important changes that Google made in 2016 was Possum. It is regarded to be the biggest change that Google has made for local SEO.

What Is Possum Update?

The SEO community might be wondering why the latest update has been named ‘Possum’. Well, the term was coined by Phil Rozek who pointed out that the name fits very well for the business owners who thinks their business listings in Google My Listing is gone, but it’s not true.

Reason of the Update

The basic logic behind this update is to expand the local results and to put an end to the spammy processes.

In 2017, in the event that you are purposely including your keywords and attempting to get a higher rank for your site, then it will be considered as a 'spam'. Well, these practices in local searches faced an unfriendly impact by Possum.

Ways to Recover From the Update

·         You will need to mention the city name while providing the location.

Now, if you get to know that your site has been adversely affected by the update, try to recover it from the above tips. Furthermore, try to comply with what Google tells you to do.